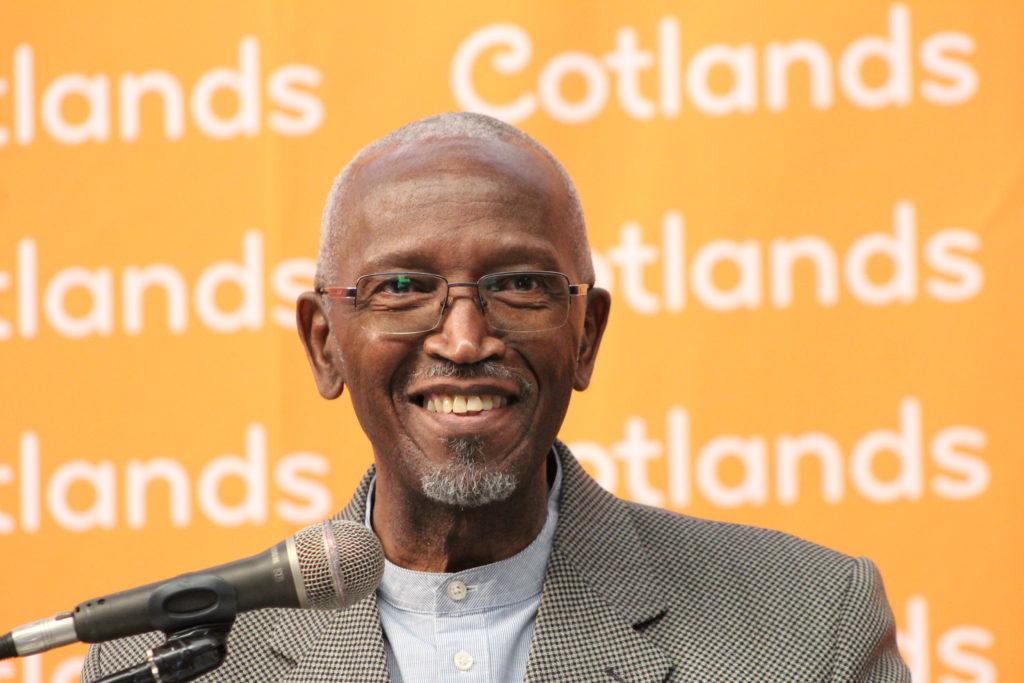 Dumisani Ncala joined Cotlands’ Board in 1997 and ended his tenure in September 2020. His steadfast leadership and strategic vision for the organisation were inspiring. During his tenure, he ensured that the organisation reinvented itself a number of times to most effectively meet the needs of children and by doing so remain relevant and at the cutting edge of care to vulnerable children and their caregivers.

At the start of his tenure, the country was gripped by the HIV/Aids pandemic with thousands of children not having access to anti-retroviral medication. In collaboration with the Treatment Action Campaign, Cotlands took the Minister of Health to court demanding that babies have access to anti-retroviral medication as soon as they are born to prevent the virus from causing permanent damage to the brain and the child’s development. The case was won and the first group of children started receiving the medication. Dumisani was very proud of the work we did in our hospices often took time out to spend it with the children who lived in our place of safety.

Dumisani’s commitment to quality education for the children of South Africa lead to an expansion of Cotlands services to include early childhood education. As a result of his passion for the children of South Africa, Cotlands pioneered early  learning playgroups and toy libraries from 2012 and is today regarded as one of the leading ECD service providers in the country. Making quality training accessible to those working with young children was another strategic imperative he valued, supported, and encouraged. CotlandsIgnite™ was launched as his tenure came to an end. He leaves behind a legacy of serving the children of our country with passion.

Dumisani, you are a part of our DNA. His smile, wisdom, and genuine interest in every Cotlander meant so much.

Five types of play to develop your child holistically

What is Free Play and what are its benefits for children.

A story of health and hope